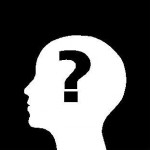 A Battle of the MoMos: A look into my mental sphere

Emotions.  Who needs them?  Since roughly the age of 12 or 13, I’ve been trying to suppress mine.  Almost a decade and a half later, I still haven’t succeeded.  During my college years, my “you can’t affect me” masquerade was fairly effective.  I held the MoMo feeling fortress down and all potential trespasses were shot on sight.  In 2006, I had what I thought was a stroke of genius: Fire fortress security and develop a deeper bond with a particular specimen.  Holy shit did that idea crash and burn!  I have only one real regret in life.  The regret is having dated that individual.  So, as the story goes, the defense mechanisms were temporarily disabled, he was allowed into the feelings fortress, havoc was wreaked, he was ousted and the security was not only rehired, but heightened!

Unfortunately, sometimes the post-2006 fortress security sleeps on the job.  During these siestas, some feelings seep out.  Witnesses to the escapee feelings have coined a phrase for the being who exhibits emotions: The “Real MoMo.”  (The actual phrase ends with my government name, but to protect my identity, I’ve replaced it with my blog alias.  You get the point though…)  I cannot accurately tell you how many specimens have independently made reference to the Real MoMo, but suffice it to say, enough have and it has become a running joke between my friends and I.

The Real MoMo is the source of many problems for me and the specimens who subscribe to the notion that there are indeed two distinct MoMos.  I’m not even sure what to name the antithesis of the Real MoMo.  Is it the “Make Believe MoMo” or “Unreal MoMo”?  That can’t be because the anti-Real MoMo is real.  For ease of reference, we’ll call the Real MoMo counterpart the “Badass MoMo.”

B. A Battle of the MoMos

Badass MoMo is predominantly manifested in public spheres (e.g., facebook newsfeed, parties, hallways with lots of people).  The Real MoMo only rears her emotionally-plagued head behind closed doors (in the proverbial, not literal sense).  One issue is that once a specimen gets a taste (again, proverbial, not literal) of the Real MoMo, he endeavors to break all barriers and release her from her guarded captive cell.  This effort causes tension between the specimen and the fortress security because the security attempts to secure the Real MoMo while the specimen attempts to set her free.  Most specimens are not patient in their attempts.  Many are scared off by the menacing guards.

A second issue is that the Real MoMo has been sheltered for so long, she cannot easily exist openly in the world for extended periods of time.  She’s like the chocolate inside of an m&m without the candy covered layer of protection: she melts in your hand and in your mouth.  Melted MoMo is no good.  A third issue is that Real MoMo thrives on a not-so-real view of the world.  To her, fairy tales come true, Prince MoMo exists and people aren’t assholes.  So, she’s easily taken advantage of.  Badass MoMo knows better: fairy tales are just fictional stories about fantastical things such as unicorns, hobgoblins, sorcerers, mermaids and love; Prince MoMo is a douchebag; and people are most certainly assholes.

In the previous section, I hashed out the characteristics of two separate MoMos.  But, in actuality, I am one [believe it or not] non-schizophrenic person, comprised of Real MoMo and Badass MoMo.  And the whole is greater than the sum of its parts.  The “badass,” or projected self, isn’t all an act.  I’m pretty badass!  The “real,” or usually suppressed self, finds expression in the appropriate situations.  It’s a package deal.