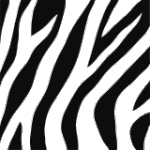 Now, I usually don’t post pictures of the specimens who message me, but as the saying goes, “A picture is worth a thousand words.”  I’m not in the mood to write that many words, so here are 2000 words worth of pictures, plus a few words.

Tysofly: HEY HOW U DOIN

Analysis:  Regardless of his pictures, I wouldn’t respond to a message like that.  But, even if he had written a mediocre message, I would not have responded.  A human billboard graffiti-ed up isn’t that hot.  Then again, people say I’m too picky.